Meet Perseverance, NASA’s next ambassador to the Red Planet.

The Mars rover’s new name was announced March 5, after a six-month “Name the Rover” competition that drew more than 28,000 entries from students in kindergarten through high school. Students were asked to make their name suggestions in essays.

The winning entry came from 7th grader Alex Mather, who became interested in becoming a NASA engineer after he attended the space agency’s Space Camp at age 11.

“We are a species of explorers, and we will meet many setbacks on the way to Mars. However, we can persevere,” Mather read from his winning essay, at the official naming event broadcast from Lake Braddock Secondary School in Burke, Va.

Mather’s prize? An invitation for him and his family to witness the rover’s launch in July in Cape Canaveral, Fla. 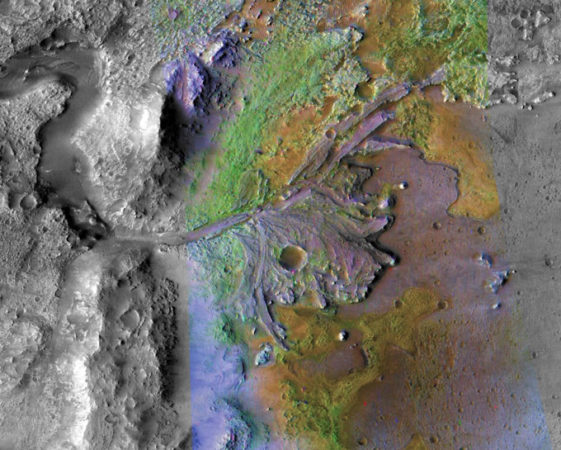 Perseverance will search for signs of past life in an ancient river delta in Jezero Crater, shown in this image from the Mars Reconnaissance Orbiter.ASU, JPL-Caltech/NASA

A team of 4,700 volunteer judges whittled the submitted entries down to 155, with NASA then selecting the winner. Other finalists included Clarity, Courage, Endurance, Fortitude, Ingenuity, Promise, Tenacity and Vision. (Full disclosure: This reporter was one of the volunteer judges in the contest.)

The six-wheeled vehicle, formerly known as simply “Mars 2020,” will land in a dry river delta in Mars’ Jezero Crater in February 2021.

During its planned two-year mission, Perseverance will seek signs of ancient life in the crater (SN: 11/19/18). The rover also will store Martian dirt and rock until another mission to Mars in the future can collect the samples and bring them back to Earth.