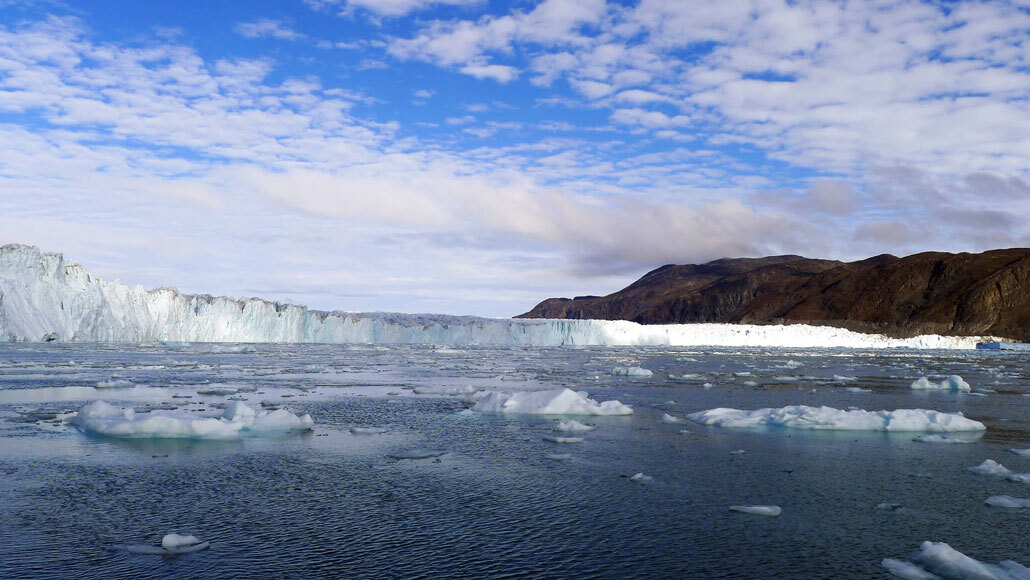 In the tug-of-war between coastal melting and inland ice buildup, the meltdown is winning in both Greenland and Antarctica.

Initial observations from NASA’s ICESat-2 satellite in 2018 and 2019 reveal how the Greenland and Antarctic ice sheets have changed since the original ICESat mission collected data from 2003 to 2008. Both missions measured the height of ice near Earth’s poles by bouncing laser light off the surface. Since each satellite’s position in space was known, clocking how long it took reflected light to return to the satellite revealed the ice’s height, allowing researchers to discern changes in ice thickness between measurements.

These data indicate that ice in eastern Antarctica and central Greenland thickened slightly from 2003 to 2019. The researchers suspect this is the result of increased snowfall, because in a warmer climate, more ocean water evaporates and the air holds more moisture. But a minor thickening of inland ice was no match for the massive ice losses along Greenland and Antarctica’s coastlines, researchers report online April 30 in Science. Greenland and Antarctica lost an average 200 billion and 118 billion metric tons of land ice per year, respectively, over this 16-year period.

In terms of where and how each ice sheet lost mass, “the Greenland and Antarctic ice sheets are two very different beasts,” says study coauthor Alex Gardner, a glaciologist at NASA’s Jet Propulsion Laboratory in Pasadena, Calif.

Ice all around the coast of Greenland thinned drastically, due to warmer summer temperatures (SN: 9/18/19). But the most severe thinning happened on Greenland’s outlet glaciers, which are like “a whole bunch of little fingers that spread out into the ocean,” Gardner says. Where the tips of these glacial fingers poke out from between cold fjords and meet warmer ocean water, that water erodes the ice, causing the glaciers to flow out faster and thin inland. Greenland’s southern Kangerdlugssuaq and Jakobshavn glaciers have thinned most rapidly — by 4 to 6 meters of ice thickness per year.

In Antarctica, warmer seawater not only melts glaciers, but it also melts the extensions of the ice sheet that float on the ocean, called ice shelves, which surround the continent. Melting ice shelves do not directly contribute to sea level rise, for the same reason a melting ice cube doesn’t overflow a glass of water. But ice shelves resist the natural flow of Antarctica’s inland ice from the heart of the continent toward the coasts (SN: 8/5/19). As ice shelves thin and weaken, they let ice flow into the ocean faster than snowfall keeps up, raising sea levels. Antarctic ice has especially thinned in the western Amundsen and Bellingshausen regions.

ICESat-2’s detailed observations of Antarctica and Greenland’s ice loss were “eagerly anticipated,” says Andrew Shepherd, a climate scientist at the University of Leeds in England who was not involved in the study. Such a detailed record of ice changes can be used to test the predictions of past climate models, helping researchers understand how to make forecasting tools more accurate, he says (SN: 1/7/20).