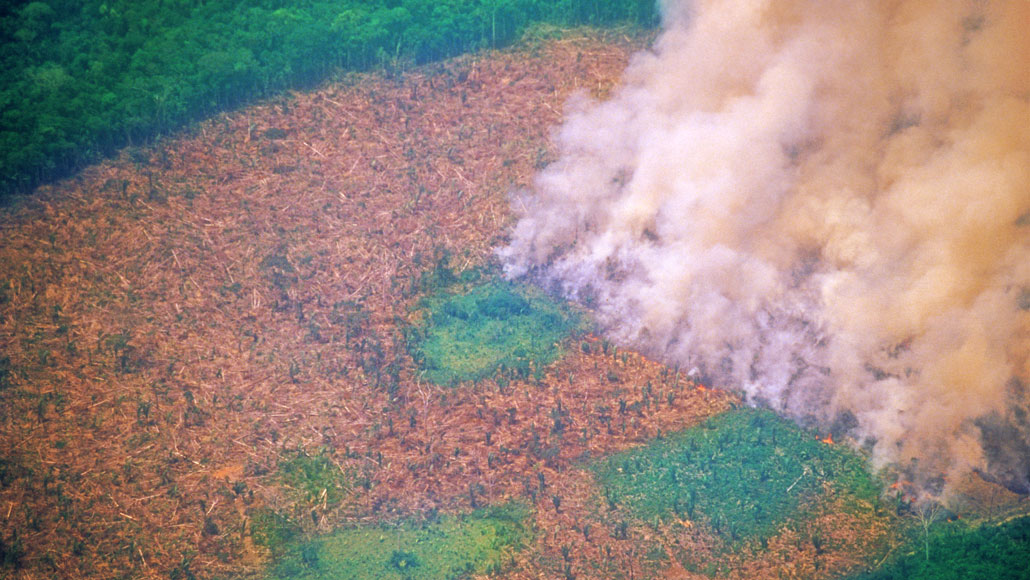 A double whammy of climate change and deforestation could double the area burned by wildfires in the southern Brazilian Amazon forest, simulations suggest. That increase in fires could burn up to 16 percent of the region by 2050 and release enough carbon dioxide to flip parts of the forest from carbon dioxide sponge to source — exacerbating greenhouse gas warming rather than combating it. Avoiding new deforestation, however, could slow or prevent that transition, researchers report January 10 in Science Advances.

Scientists previously have warned that these two effects — climate change and deforestation — may already be drying out parts of the Amazon, reducing its ability to soak up atmospheric carbon dioxide and making it more susceptible to wildfires (SN: 8/23/19).

How the wildfires themselves might exacerbate the problem and increase emissions isn’t usually included in climate simulations. But the blazes play a role: Combusting trees and underbrush releases CO2 directly to the atmosphere. And the heat-driven breakdown of plant matter can add other climate-warming gases such as methane, nitrogen oxides and carbon monoxide. Trees felled by fire and slowly decomposing also emit CO2 for years.

In the new study, researchers led by forest ecologist Paulo Brando of the University of California, Irvine, simulated how several different climate and deforestation scenarios would alter the future area, intensity and greenhouse gas emissions of fires in the southern Brazilian Amazon. When it comes to burned area and fire intensity, the most important variable, the team found, was drought — in particular, the dampness of the understory layer of plants and soil. Even under moderate future greenhouse gas emissions, fires in the region will be more severe due to shifting climate patterns that will tend to dry out the region.

But avoiding new deforestation could greatly reduce the fire danger, even under the highest-emissions scenario, the team found. By midcentury, preventing new deforestation reduced the area burned by 30 percent, and shrank emissions of carbon dioxide and other gases by 56 percent. That could help the forest maintain its status as a carbon storehouse, the researchers say.